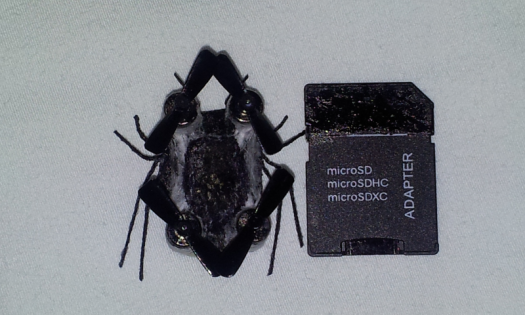 The remote controlled drone with its dimensions, length 2,4cm, width 1,4cm, with a scope of 3,4 centimeters, makes it almost invisible especially because it looks like an insect (the bumblebee). VelNonTic

Pico-Falcon is the world’s tiniest RC helicopter. It measures in at 46 mm long and in comparison its infrared controller seems quite huge. Awaissoft

“It’s amazingly fun to be able to have that experience of flying something that’s so small, but yet to be able to see it on a screen that’s directly in front of your face.” Luke Dormehl – Digitaltrends

Despite difficulties in designing a reliable enough drone capable of supporting an efficient delivery service, Google’s parent company Alphabet says it’s intent on seeing the ambitious project through to completion.

It has its eye on creating platform called the “Wing Marketplace” where customers can order items from retailers and restaurants and have them delivered by drone within a few minutes for a $6 delivery fee, according to the Wall Street Journal. – Digitaltrends